Here’s why you need to write that controversial blog (or book, or presentation…) 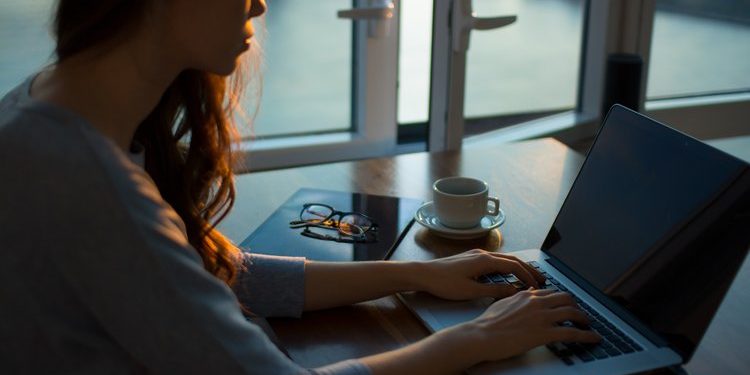 A couple of months ago I launched my blog with a fairly controversial post.

It was about women with power treating other women in the workplace differently to how they treated men. In a bad way.

Here it is if you missed it:

The strange phenomenon of female-driven misogyny in the workplace

It was controversial because:

I agonised over writing it. I sent drafts to eight different people, and discussed the concepts with twice as many. I deliberated over all the different viewpoints, and marvelled at the different ways things were interpreted. I redrafted, refined, and removed a whole lot of personality. And trust me, that was some funny shit. But it detracted from my point.

Even when I could edit no more, I couldn’t hit publish. I played out endless disaster scenarios in my head. I held long imaginary conversations with social media trolls. It got pretty ridiculous.

I needed to remember my purpose. Why did I even write this thing?

Refocusing on my purpose showed me that I was already on track. The conversations had started. I was already learning. And with this, I felt steadied. I redrafted a couple more times. And then I said “Fuck it” and hit publish. Post. Share. Tweet. I put that fucker out far and wide* and waited for the praise and wrath to rain down.

(*NB It wasn’t really that far and wide because I don’t really have many social media followers and I was also still a bit too scared to share it on my personal or business pages, but you get what I mean.)

Nothing. Crickets. Twelve hours passed, and I maybe got one Facebook comment. From my cousin. Who is totally representative of my target audience by the way so I did not discount the value of that interaction. But I felt pretty dumb. All that stress for nothing! I was a bit disappointed, but relieved, and at least I could say I did it and move on.

And then, the phone call came. A friend from a previous workplace.  The shit had hit the proverbial fan.

Apparently social media is not a true reflection of real life (WHAT), and someone besides my lovely cousin had actually read my article. And that someone thought they recognised Samantha, Greg and David. Ensue confrontation and general office scandal.

The question of whether or not it was actually them misses the point.

But that didn’t stop my stomach from dropping. This was not one of the million scenarios that had played out in my head. I started to imagine new disasters. Careers shattered, all because I was dumb enough to share some stories. My finger hovered over the “Delete Post” button.

Luckily, I have the real Samantha on speed-dial, and she is smart AF. She pulled me back from the edge.

“You haven’t done anything wrong. And you should not be silenced.”

I re-read my post. I hadn’t identified anyone. I hadn’t been malicious in any way. I hadn’t said anything untrue. I had simply retold actual events, and provided my own opinion and analysis. I talked to some other readers, and they agreed there was nothing offensive about the article.

Still, I felt terrible that my friends’ lives were affected, simply by association with me. And I  felt somehow betrayed by the reaction, ironically from women in the workplace. I hadn’t predicted anything like this, I guess because of the underlying belief I still hold that women will generally support other women. I felt sure I was missing something, but unsure of the effects of digging deeper.

But then the notifications started popping up.  Comments on my social media posts and private messages, saying things like:

“I was only talking about this today! I have had several experiences of being treated badly by fellow women in the workplace… I didn’t realise how common it was…”

Women were sharing their stories with me!

We had in-depth conversations. Others chimed in with their views. They shared links to articles I hadn’t seen. I learned more about this topic then I ever imagined! The types of situations, the different motivations, the sheer number of women who had experienced female-driven misogyny in the workplace, and never before had a platform to talk about it. This “strange phenomenon” I had touched on was a Thing, and women were thankful to have an opportunity to discuss it.

And best of all, people said things to me like

“I never thought about it that way before.” And

“This has got me wanting to change a few things myself.”

(I learned so much that I have content for two or three more articles, addressing one of my key concerns about starting a blog in the first place.)

I achieved what I had set out to, beyond what I had imagined I could do. And there were other benefits.

From a blogging perspective, this was my first real post (besides the obligatory introduction). I had no subscribers, and very little social media following. But the article got over 500 unique visitors. To me, that was huge. 500 people read my work!

And the process helped me refine my blogging “why” – something I’ve struggled with from the start. I’ve never felt qualified enough to write as an expert about anything, and I certainly never pegged myself as a feminist blogger. But exploring topics that matter to me, in areas where I believe things have to change – that’s what I want to do. I want to research, I want to talk to people, and I want to make sense of it all by putting it into words that other people connect with. So that together, we get some change happening, no matter how small. I now have a direction to head in.

And the “controversy” it caused? It was uncomfortable. It affected other people, it was out of my control; it was truly icky. But with some help I rode it out, and no one died, or even lost their job. It was a shit-storm in a teacup, and in the end it actually served my purpose. It got more people reading, more people talking, and reinforced my point.

Writing that article was a risk. But I focused on my purpose, and over-thought the shit out of it, and it paid off. More than I had hoped.

So I think, if there’s something you want to write or say, but you’re worried it’s too controversial… you should do it anyway. If your purpose is genuine, and positive, and can achieve something worthwhile – rather than it just being a rant – then who are you not to do it?

Yes, it’s a risk. But what are you risking if you don’t?

Share this post
Share with FacebookShare with TwitterShare with LinkedIn
Get the latest straight to your inbox.
Recent Posts
Go to Top
This site uses cookies to ensure the best website experience. If you continue to use this site we will assume that you are happy with it.Ok